Our end of the trip wasn’t exactly planned like this: not managing to get to Bolivia or Chile, we asked ourselves – what can we do? Beach time was the answer and Uruguay was the perfect solution. 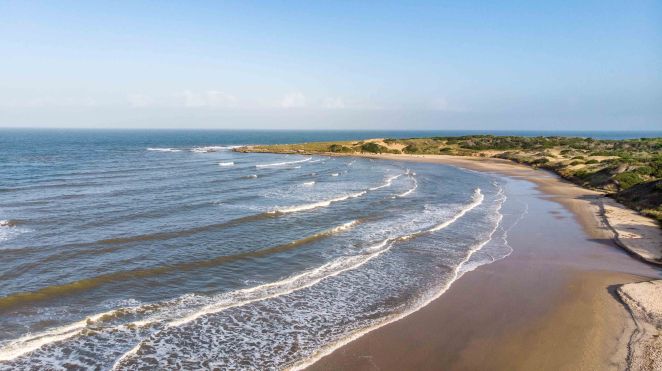 Looks stunning ah? True story, Uruguay was the perfect place to rest: ranked first in Latin America for peace, stability, democracy and general prosperity, Uruguay is the perfect gateway for people who want to chill and relax.

So, we landed in Montevideo, the Nation’s capital, counting around 1.8 mln inhabitants: the city is ranked first for its quality of living in South America. Indeed it was very different: there was such an European feeling but at the same time there was this Latin American touch everywhere.

The city itself is very safe, dynamic and at the same time enjoyable to walk/bike in. Indeed, we rent two bikes and went around, exploring the different barrios.

In the Ciudad Vieja you can admire the beautiful openings of Plaza Indipendencia while being out and about in the vibrant nightlife. 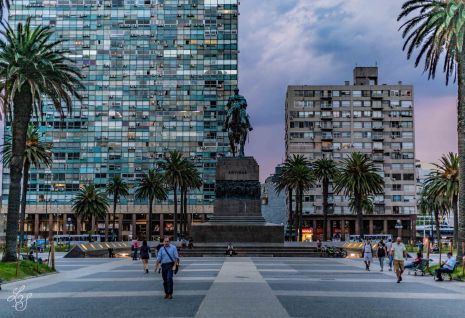 You can have a stroll around la rambla, which is the street that touches the major beaches of Montevideo on the eastern part (it is also worth to just chill in the sun though).

And, if you are around on a Sunday, do not miss the local Feria de Tristán Narvaja in the district of Cordón. It is the most popular and biggest market in the whole country, and is regularly visited by locals and tourists. 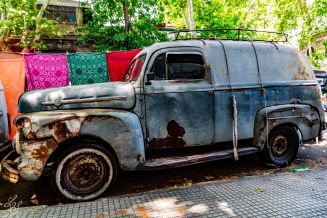 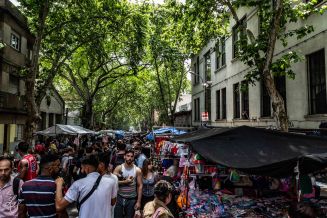 A note: we have also witnessed a very large gathering remembering the desaparecidos (missing people) that were convicted during the obscure dictatorial period in Uruguay around mid ’70s. It was quite powerful, given the fact there were really lots of photographs.

Moving toward the next city, we ended up taking a bus COT (very reliable and safe, way more than South American standards) toward Punta del Este.

Punta del Este is known as the St. Tropez of Uruguay, thanks to its beautiful beaches, upscale resorts and swanky nightclubs. Many Argentinian people come here to have their holidays but outside tourist season is a bit of a ghost town.

We spent quite some time chilling on the beach, on the Ocean and on the lagoon side and we had some great relaxing time here. We were during end of November, just before the touristic season officially starts, enjoying a great weather and not so many people – perfect combination to have the last days of a world trip.

Oh yes! There is this “hand” in Punta del Este. Bring a drone so you can shoot a hands in hand picture, literally!

I should also mention that Uruguay, together with Argentina, is very famous for “Parrilla”: barbecue and steaks are almost worldwide famous. They are so good and so well prepared that will leave you wanting more and more. 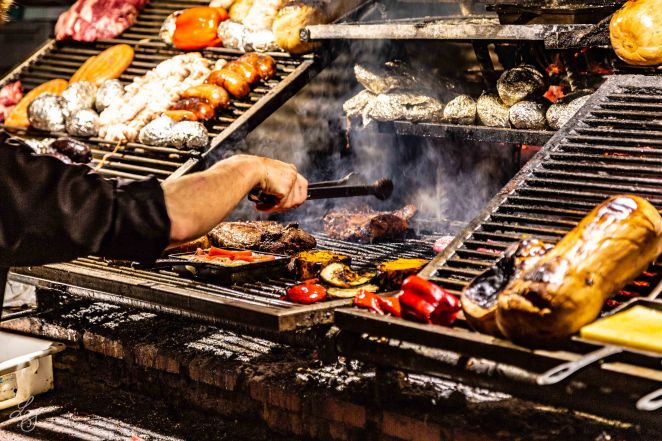 We found Punta del Este the type of place where we wouldn’t like to be when touristic season starts, hence we moved a bit further up on the coast and we entered Punta del Diablo: a raw gem nearby the Brasilian border.

Forget the skyscrapers, nightclub, taxis etc: this place is simple, but it goes from 800 permanent locals to more than 25,000 people in the touristic season, all in small huts or houses with a really relaxed but cool vibe. 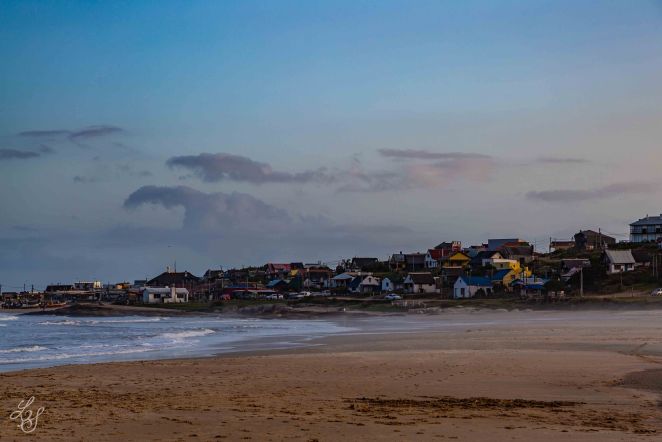 But yeah, there are at least 3 massive beaches that can accomodate that incredible amount of people. You will find your spot without any trouble. 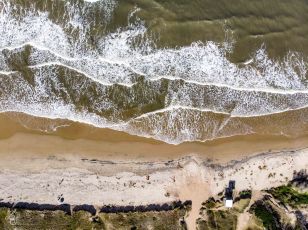 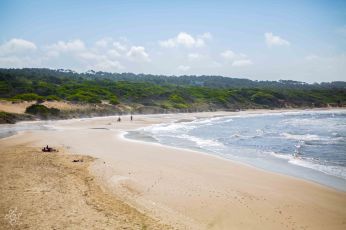 Being just out of the touristic season means you most probably will have this paradise all for yourself.

Punta del Diablo is definitely a must-go place if you want to relax. Two days were not enough, definitely.

Adventure awaits, so we moved toward our final Uruguayan city: Colonia del Sacramento.

One of the oldest towns in Uruguay, it is renowned for its historic quarter, a UNESCO World Heritage Site.

We spent there one night to take the morning after the ferry toward Buenos Aires, Argentina, to spend the last 3 days there.

Unfortunately, we were not so lucky, or at least I wasn’t, because I got a bit sick and I spent my last 3 days in Argentina in hotel with fever. Argentinian blogpost will be for the next time. Now it’s time to draft some stats about this incredible world travel, stay tuned!

In the meantime, ciao and thanks for having followed our adventures till here!

Usual jumping pic with a different perspective below!