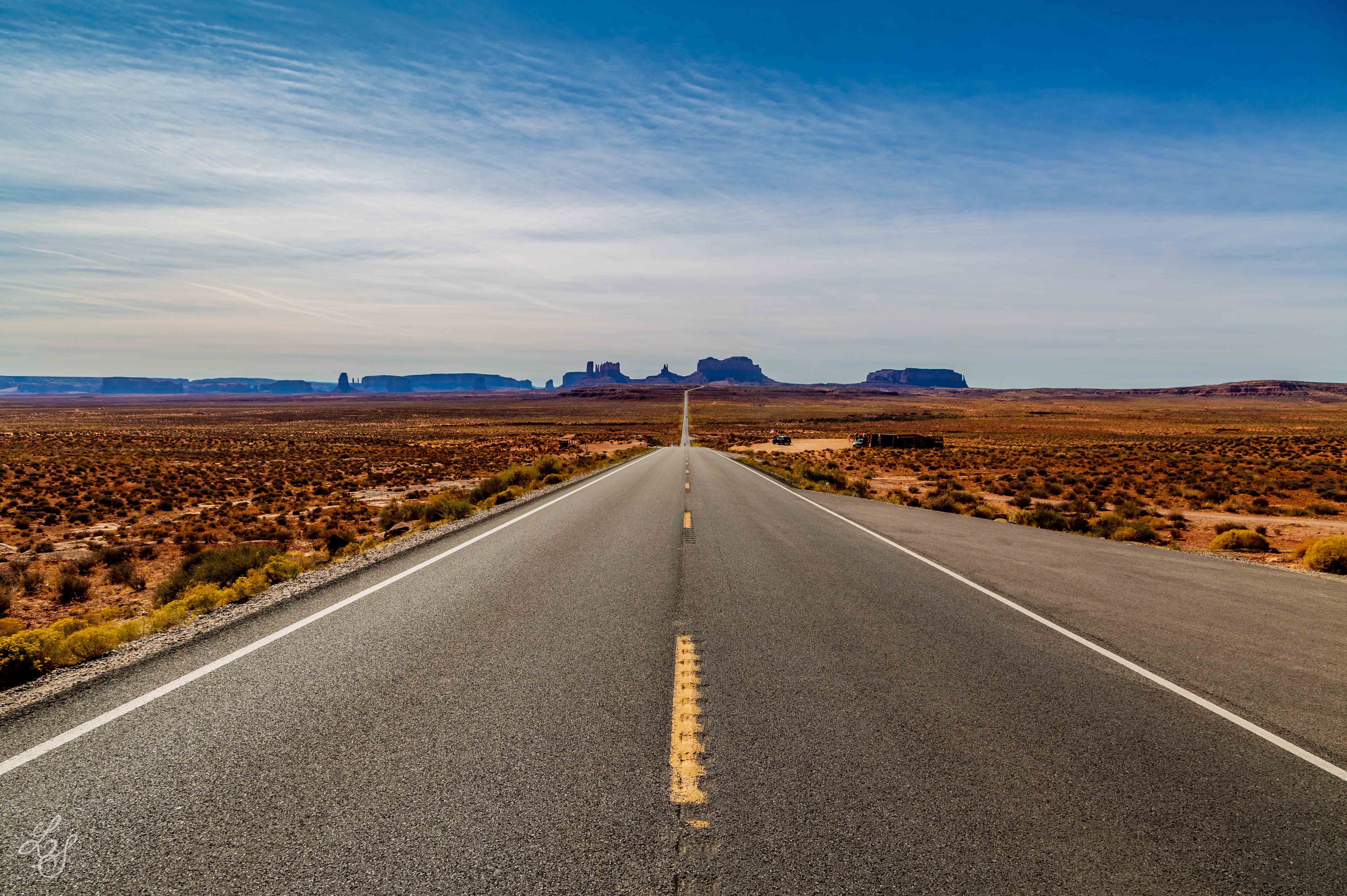 Roadtrippin’ in the U.S.A. – Nevada, Arizona, Utah and some Californian dreams

We, as Europeans, have watched during our lives tons of these American films,  including big cars, endless roads and fantastic landscapes. But was this real? That was the beginning of our little American roadtrip.

We didn’t have much time, so from French Polynesia, we flew directly into Las Vegas. It was a long long flight and we ended up really sleepy in the city which never sleeps.

We had just the time to check-in and we were suddenly thrown into the glamorous,  shining, chaotic Vegas night.

Therefore, Las Vegas is famous for shows, tv happenings and casinos. What to see in one night then? TV series fans (Cristina) will never miss Ramsey’s Hell’s Kitchen or THE Pawn Stars’s shop (Luca). Film fans will obviously stare at Bellagio’s magic fountains.

However, our Vegas adventure lasted only one night. The morning after we were  already roadtrippin’ in some of the most beautiful American landscapes. Given the fact we were really into campervans, we decided to give it another shot, in this RV friendly place.

Oh yes, you may remember those colors from New Zealand. Renting a smaller but still powerful Dodge from Jucy with a bed inside, proved to be the right choice for many reasons:

So, our first stop was to drive till the Grand Canyon. 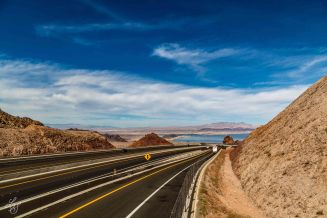 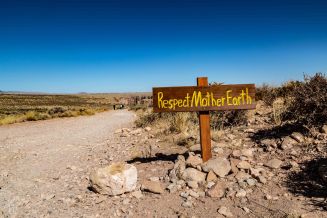 You remember point n. 1? We slept just outside the Grand Canyon National Park, so we were there by the sunrise.

Unique combinations of geologic color and erosional forms decorate a canyon that is 277 miles (446km) long, up to 18 miles (29km) wide, and a mile (1.6km) deep. Grand Canyon overwhelmed our senses through its immense size.

Anyway, such early wake ups come with perks like breakfast with a view. Fantastic landscapes? Check. 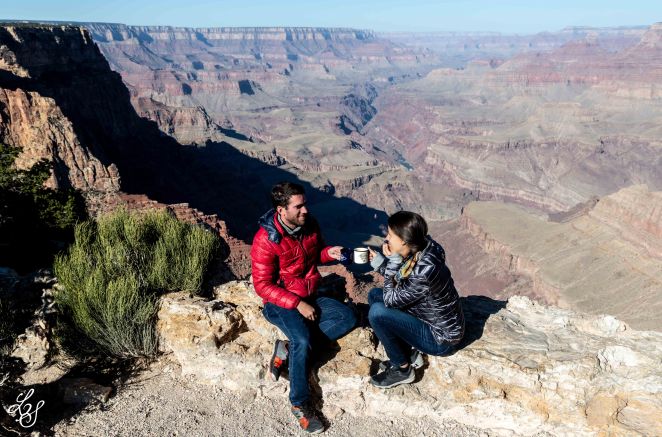 Second stop was a long drive from Grand Canyon to Monument Valley, where we ended up in a campsite exactly inside the National Park. So we had the chance to witness this majestic nature not only by day, but also by night (and it was cold, cold like cold).

But this gave us the opportunity to be in a prime spot to visit the Valley the next morning. The 17-mile loop can be done only by cars, mostly because the descent/ascent at the beginning is really rough and you can barely make it with a normal 2WD. However, if you are uncertain, if it’s a car, with a bit of patience you’ll make it.

Nearby the Valley, there is a spot that only fans of a certain film will recognize: do you remember Forrest Gump, when he stopped running after a long time? That’s called Forrest Gump point. Being a runner, I couldn’t really pass by without having some doubts as well. 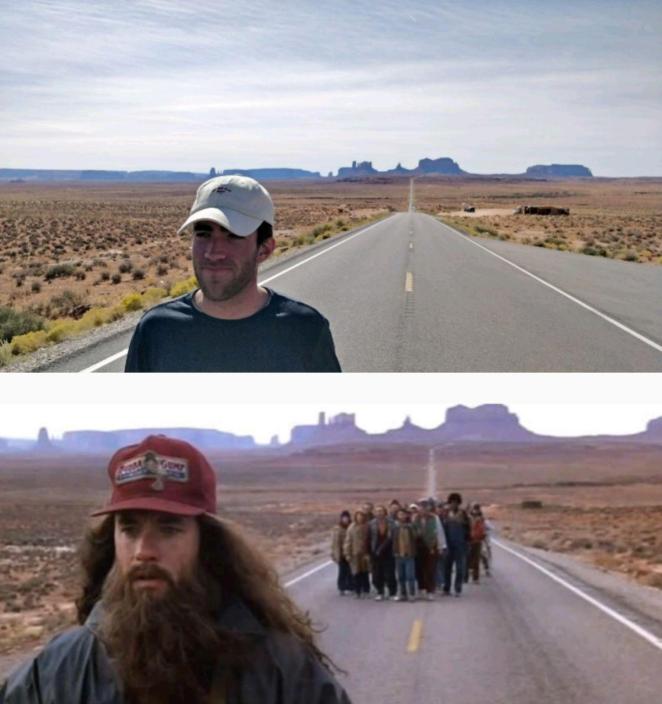 Not the same following, but I decided to continue the run.. 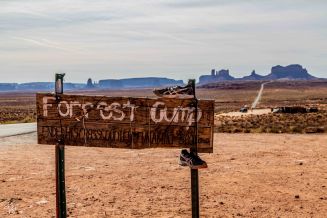 .. and witness the Glen Canyon!

One more stop was planned before reaching Las Vegas: the really touristic but not to miss Antelope Canyon.

First let me tell what we found: a perfectly oiled Navajo machine who have managed to commercialize this wonder of nature to the really extreme edge of the capitalistic social network era. Hundreds of people walk through this canyon every hour after paying some 60-120$ to (mostly if not only) take the perfect instagram shot, to share and not to admire. Behind every narrow curve there is a group of 15-25 tourists hidden from the group before/after to fake the empty alley. Also, the guide have perfected the skill of taking smartphone pic and they also set up your phone camera to get the best shot. Nature is beautiful indeed, it’s just the humankind that is there to share and not to see.

Said that, you can find some shot in color and black and white below. This was truly the paradise of a sad photographer. 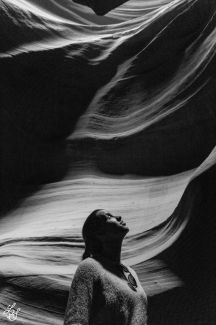 We had to see it with our eyes, we don’t recommend it.

Driving back to Vegas, we had the occasion to shoot a bit with the drone as well. Endless roads? Check. 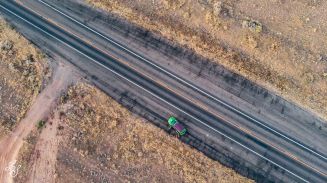 And our little roadtrip ended with a flight to San Francisco, where we had the opportunity to experience a bit more the US city lifestyle.

One check is missing, if you have read till here: big cars. This was a little dream of mine: getting some American muscles and driving around the Bay. And so we did, double-flippin’ check. 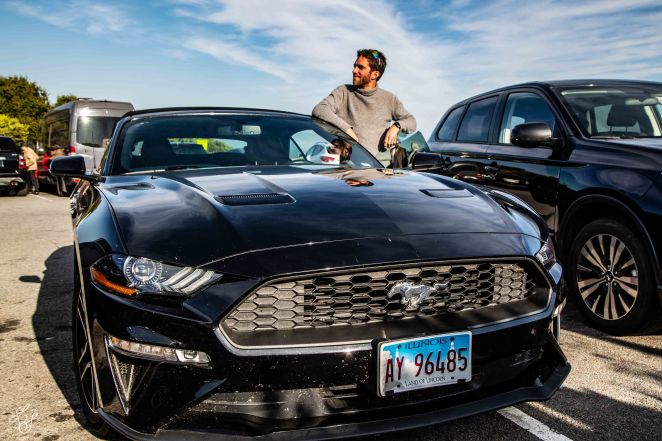 Rented a Ford Mustang Convertible and yes, drove throughout the Silicon Valley, the Bay area and the Golden Gate. Once somebody said that “you must rent a bike on one side of the Golden Gate and cross it” but hey, passing through it via a Mustang convertible is a bit more in the US style and well worth the 8$ toll. 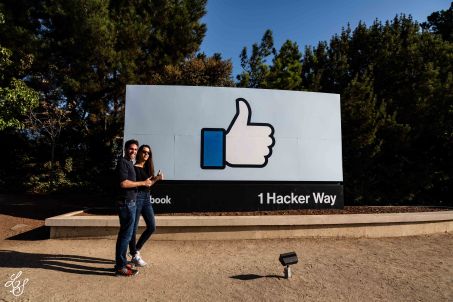 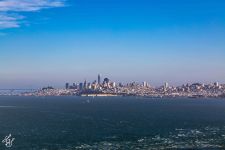 A little tip, the Golden Gate itself is better appreciated from the San Francisco side, at sunset.

And there, it was our last night in SF.

Direction South America and Peru’! This US trip was quite a fast one, but instilled us the willingness to explore way more, always on the road.