The Mauthausen–Gusen camp was one of the first massive concentration camp complexes in Nazi Germany, and the last to be liberated by the Allies.

The two main camps, Mauthausen and Gusen I, were labelled as “Grade III” (Stufe III) camps, which meant that they were intended to be the toughest camps for the “Incorrigible political enemies of the Reich”.

In the offices of the Reich Main Security Office it was referred to by the nickname Knochenmühle – the bone-grinder. Unlike many other concentration camps, which were intended for all categories of prisoners, Mauthausen was mostly used for extermination through labour of the intelligentsia – educated people and members of the higher social classes in countries subjugated by the Nazi regime during World War II.

The regime at Mauthausen was one of the most brutal and severe: the conditions within the camp were considered exceptionally hard to bear, even by concentration camp standards. The inmates suffered not only from malnutrition, overcrowded huts and constant abuse and beatings by the guards and kapos, but also from exceptionally hard labour. Each hut shown below was designed to hold 300 prisoners, but in most instances double that number and even more were packed into them.

Most of the huts were destroyed by liberating forces when the camp was freed in May 1945. Those are the only ones remaining, but it is still visible today skeletons of old infrastructures.

At times the guards or Kapos would either deliberately throw the prisoners on the 380 volt electric barbed wire fence, or force them outside the boundaries of the camp and then shoot them on the pretence that they were attempting to escape. Another method of extermination were icy showers – some 3,000 inmates died of hypothermia after having been forced to take an icy cold shower and then left outside in cold weather. A large number of inmates were drowned in barrels of water at Gusen II. The Nazis also performed pseudo-scientific experiments on the prisoners.

In Mauthausen, shootings initially took place on the execution site outside the camp fence. At the end of 1941 an apparatus for shooting prisoners in the back of the neck was installed in the crematorium basement. This was meant to simplify and rationalise the process of execution. In autumn 1941 construction began on a gas chamber in Mauthausen and, in March 1942, the SS carried out the first murders using poison gas. The first victims of the gas chamber were Soviet prisoners of war who had been transferred to the Mauthausen concentration camp for execution from Wehrmacht camps for political reasons. Subsequently, the gas chamber was used predominantly for murdering groups of political opponents and only at a later point in time for exterminating the camp’s sick prisoners. By the end of the war, at least 3,500 inmates had been murdered in the gas chamber at Mauthausen.

Due to the rising number of dead and murdered prisoners, in 1940 the SS had its own incinerators installed at both Mauthausen and Gusen. This not only enabled the SS to dispose of the corpses in an efficient way, but it also meant it could destroy the traces of its violent crimes inscribed on the bodies of the dead. 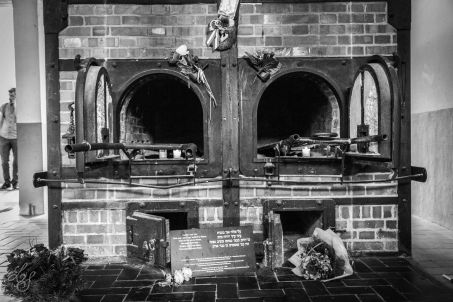 Incinerators which were destroyed

The exact death toll of the entire Mauthausen–Gusen concentration camp system varies considerably from source to source. Various scholars place it at between 122,766 and 320,000, with other numbers also frequently quoted being 200,000 and “over 150,000”. 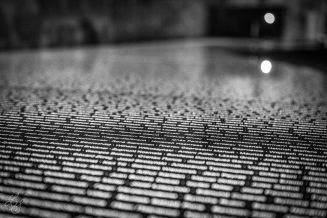 Today there is the possibility to visit the camp and the memorial subsequently built, and it is worth your time, to learn history in order to not repeat it.