I thought it was appropriate to have a list, a sort of “Top 20” of my photos. You may ask, “how the hell have you chosen the first and the others?”. Well, it was a complex algorithm made by “days as a screensaver”, “number of friends bothered with this photo” “interest from random people” and so on.

So here we go!

20: Melbourne and its sunny side. Who has lived in Australia knows that sky. Shot from St. Kilda Pier, it was one of my first days in that beautiful city. Australia, the land of “no worries mate”. Willing to go back there one day.. 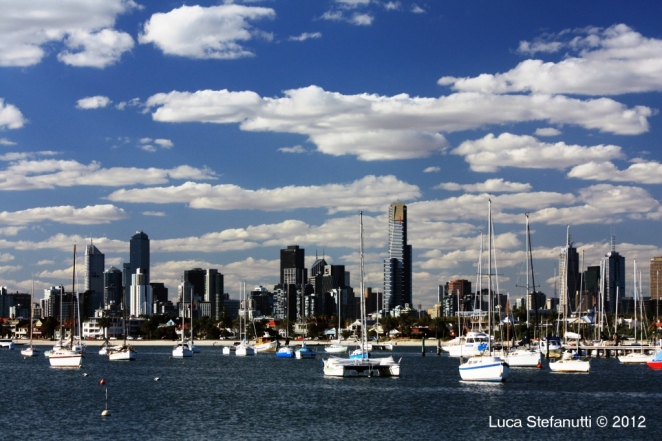 19: This was a shot when “Elvine Ritter” ‘s house for poor children was opened in 2012. You should taste some of Villa Russiz’s wines. Definetely. 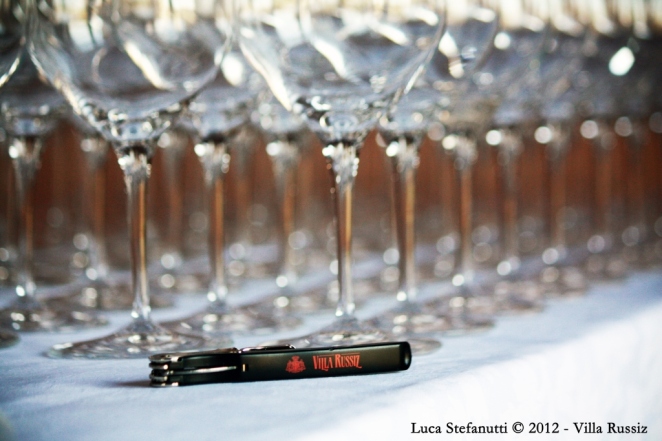 18: Ok, I admit, this is not a wonderful shot, but I like it so much! It gives me the idea of how much eucaliptus is addictive. Ah, this photos was published by the official Australia’s Facebook page. You can find it here. 866 likes yeah!

17: This photo represents a sad story: the pilot Francesco Fornabaio, who was flying with the new Breitling Xtreme 3000, crashed and died 2 months after this photo was taken, while he was attending a fly show in Venice. He was a great pilot and a great man. 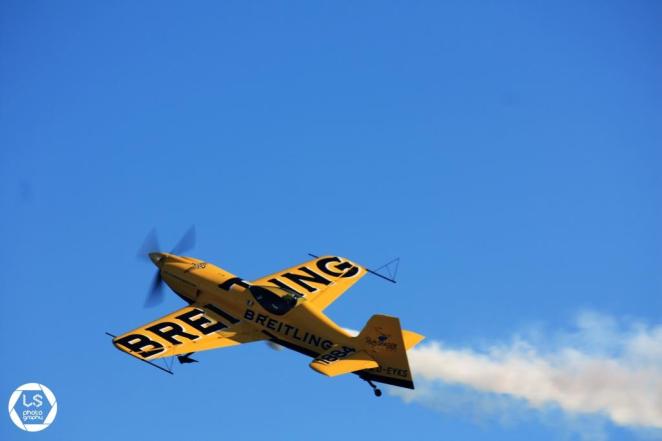 16: This photo may be a bit blurry, but that is a super great white shark which I managed to snap while I was in South Africa. It was breeding while he almost jumped out of the sea!

15: The power of Music. Shot at Milano Piano Days 2013, this was one of the first occasion where I saw some many young people really interested in piano music. Paolo Jannacci was the piano player. You can listen to some of his tracks here.

14: Shot in Kruger National Park, South Africa, this pic is as simple as it seems. No more than an Impala walking down a road. But she is not concerned about her life. She knows that moment will not last forever, but she is living it. Better than many people do.

13: This photo is one of the most beautiful places in nature: Ayers Rock, in the middle of nowhere, Central Australia. No more words needed.

12: A classic. The Eiffel Tower. But with a different color. The cloudy sky, together with a sunset and a bit of photoshop has given this photo the status of a painting.

11: Ok, I have to admit, it was photoshopped after. But this is a beautiful image, the colours, the sky and the wind contributes to give to the subject a very natural expression (And it was difficult to work with her ah! ;)) 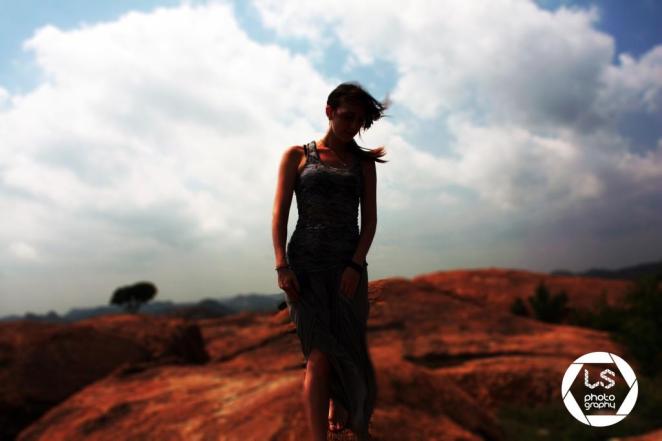 10: Afrikaburn 2014. Sun and men’s art are taking this photo to an upper level. From the same concept of the Burning Man, Afrikaburn is a 7 days experience, in the middle of the South African Tankwa Karoo reserve (in the desert) with complete freedom. Arts and musics are the masterpieces of this experience.

9: This photo was shot in Rhodos, Greece and its the perfect way to depict this little island in the Mediterranean sea. Simple people living in an outstanding environment. A bit full of tourist, but if you travel around you’ll discover places like this one.

8: This isn’t just a photo. This is your life, my life, their life. This is everything and nothing. Because there is everything we know and everything we don’t know.Shot in the middle of the night, from a roof of a van in the Australian desert.

Now it comes to my most preferred photos, which are not only beautiful in my opinion, but they have the best timing. You cannot find neither a previous moment, nor an after moment. The perfect photo is just that moment.

7: Mother Teresa of Kolkata was buried in this grave. Nowadays, nuns of the same order are still searching for strength from their spiritual guide.

6: The Serio Falls (Italian: Cascate del Serio) are the tallest waterfall in Italy, and one of the major ones in Europe. They are created by the opening of the dam 5 times per year. The photo is the moment when the first water started to come out, in a thunderous roar.

5: This shot is all about timing. My dancing friend completed this figure in Salento 2010. Awesome pic, sincerely one of the most appreciated (especially by my friends)! 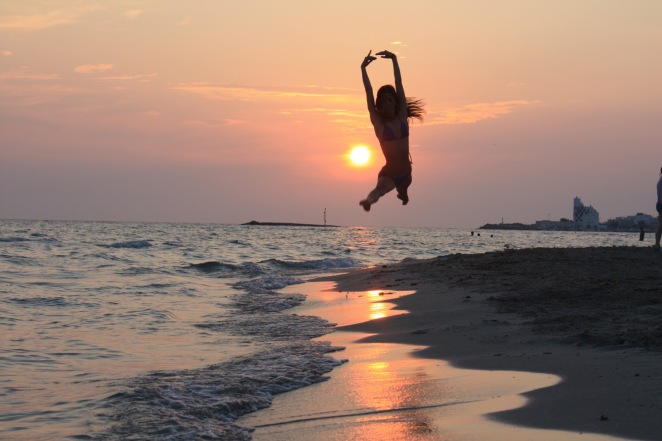 4: This is something more than a simple photo. It is a story of a country: Nepal. Heavy weights are carried by its people, but they are more tenacious than the highest mountains in the world. 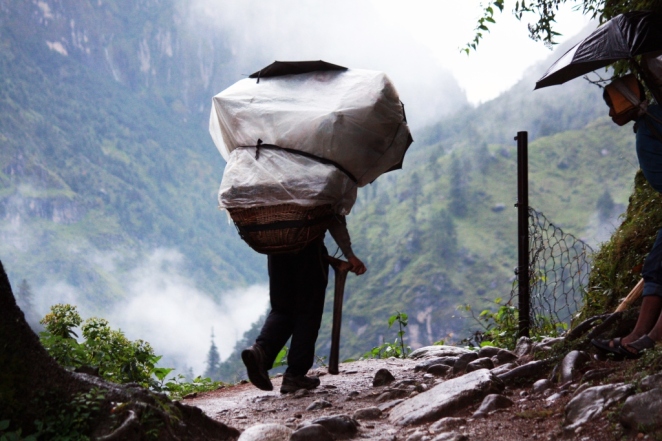 3: Well, that’s the Taj Mahal, Agra, India. It seems a postcard but it is that moment. The moment when the first sunbeam arrives on this majestic structure. Only drawback is about the fact that the reddish romantic sky around is mostly given by pollution. 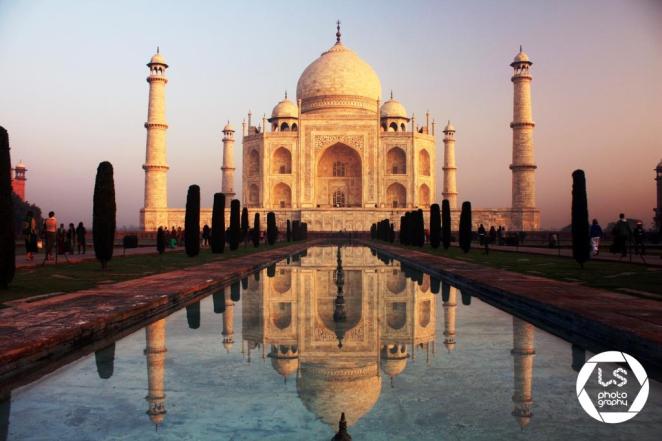 2: Long Island, Andaman&Nicobar Islands. Old boats are resting after an intense day of fishing work. The sky is giving its blessing to the night. Those islands are truly one of the most beautiful places I have ever seen.

1: And this is the first. Well this shot has a story behind. It was taken during the last day of Giro d’Italia 2011, when Vincenzo Nibali arrived 3rd, only 46” after the first one (Contador – thereafter disqualified). He lost most of those seconds in that last stage and when he arrived into the latest “catwalk”, he was crying, with his head down. But people were still there, confident he would have succeded in the next Giro or better in 2013..

Because of my cycling passion, the intensity of the photo and the timing, this is my favourite shot.

Hope you have appreciated, See you soon!