This is a very simple story. 1540 km in two days. 5 countries, 4 cities, 1 car, 2 people and 1 new camera. Canon EOS 5D mark III. These are my very first shots with the new camera, hence give me time to adapt, but still results seem quite good!

We have been across Austria, direction: Neuschwanstein Castle. The name may tell you nothing, but yes, that is the Sleeping Beauty Castle, the one from which Walt Disney had inspiration for many of his cartoons.

The castle is above a hill, in its solitary spot, looking above the whole region.

The castle, the beauty and the beast 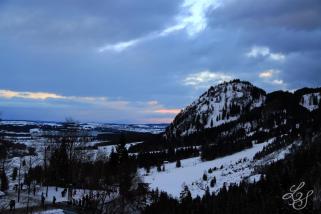 A bit more on the castle:

“The palace was intended as a personal refuge for the reclusive king, but it was opened to the paying public immediately after his death in 1886. Since then more than 61 million people have visited Neuschwanstein Castle. More than 1.3 million people visit annually, with as many as 6,000 per day in the summer. The palace has appeared prominently in several movies and was the inspiration for Disneyland’s Sleeping Beauty Castle and later, similar structures.” (Source: Wikipedia)

I would like to tell you something about Germany: even if the concept of German Highway (Autobahn) has been a dream for everybody (do you know the concept of “no speed limits”?) it was not a dream for me at all. I have discovered that all the Germans tend to stay only on one lane. The left one. While the left one is overcrowded and you cannot speed more than 120km/h, the right one is totally empty. (Ok, I have done some power parts taking my little Opel near its upper physic limit).

Stuttgart and Luxembourg were the next stops.

The first is the typical German “Burg” you can expect to find nearby the Black Forest, with a little particularity. Yes, Stuttgart is the “The cradle of the automobile”. This because the automobile and motorcycle were purported to have been invented in Stuttgart (by Karl Benz and subsequently industrialised in 1887 by Gottlieb Daimler and Wilhelm Maybach at the Daimler Motoren Gesellschaft). As a result the city is considered by many to be the starting point of the worldwide automotive industry. Moreover, both Mercedes-Benz and Porsche have their headquarters in Stuttgart. And they are quite impressive! 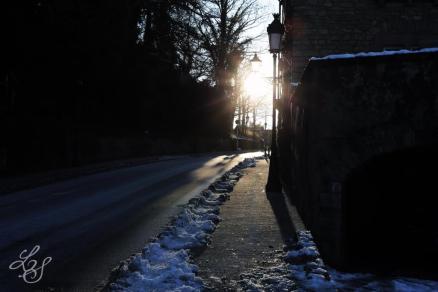 Light is going away

Luxembourg instead is a different city: between old and new, ancient quarters built together with new palaces, all on the top of several hills. Did you know some facts about LUX?

And then we arrived in rainy Bruxelles. But this is another story.

#Roadtripping in #Croatia means finding some hidden gems like #PlazaDivna - and it is suddenly #dronephotography
Long time no posting and I need to start to catch-up a little bit! Let me introduce you an interesting #roadtrip across #croatia - a small camper, 3000km and one long, full of sea vibes, country.
The yearly excursion in #frymburk is a check. But this time upgraded the view thanks to a #mavicair experience.
#linz #vibes
The only #corona we admit in our lives
This guy @eganbernal, just won @giroditalia - incredible performance, chapeau!
@earthhourofficial 2021 - turn off your lights and enjoy a full Moon outside.
A two sided story for this February.
Blue sky, empty slopes, #ffp2 masks and homemade lunch. That's skiing in Austria during covid times.